Let me just put it out here and say: The only bad thing about Outer Worlds is the duration of the game – It’s too short for such a fantastic game!

Outer Worlds took me by surprise. It’s one of those games that you glanced at and probably forgot about. A few weeks go by, and you see it again (either from an ad or a Youtube review recommendation), and you go, “eh let’s take a look.”

So naturally, I had to play it. I was given a copy by PlayStation (THANK YOU) and proceeded to play it, albeit really slowly.

But for a good reason. 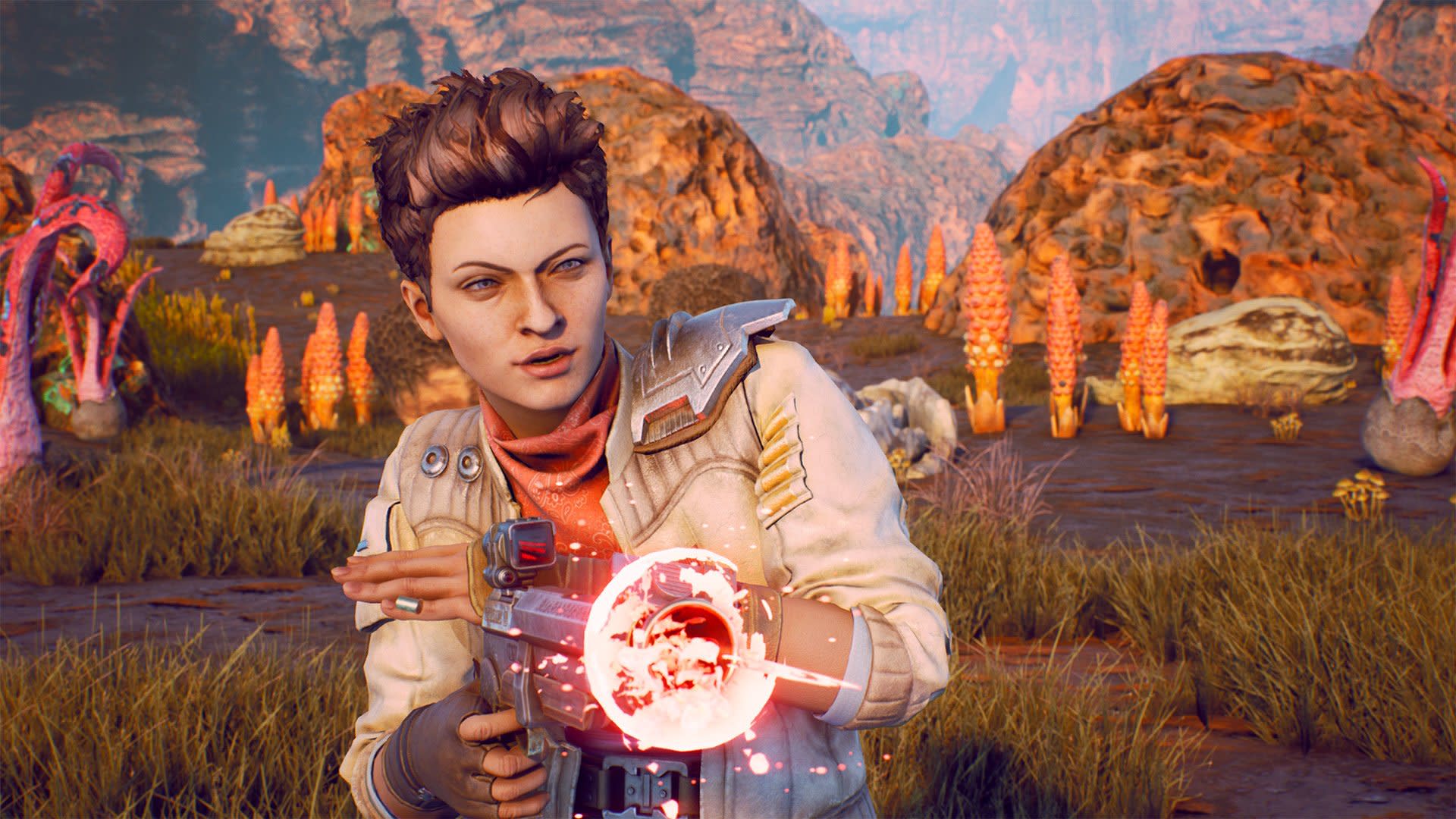 Outer Worlds is a quintessential storybook that you will wish to savour. Almost every aspect of the game is well-documented, ranging from the storyline, dialogue, graphics, soundtrack… you get it.

The story is set in space with a few worlds to explore, and it’s the alternate timeline where President William McKinley was never assassinated, and Theodore Roosevelt never succeeded him. That timeline tweak laid the groundwork for a future ruled over by megacorporations, including the ones that led the charge on colonising deep space (Mashable, 2019) 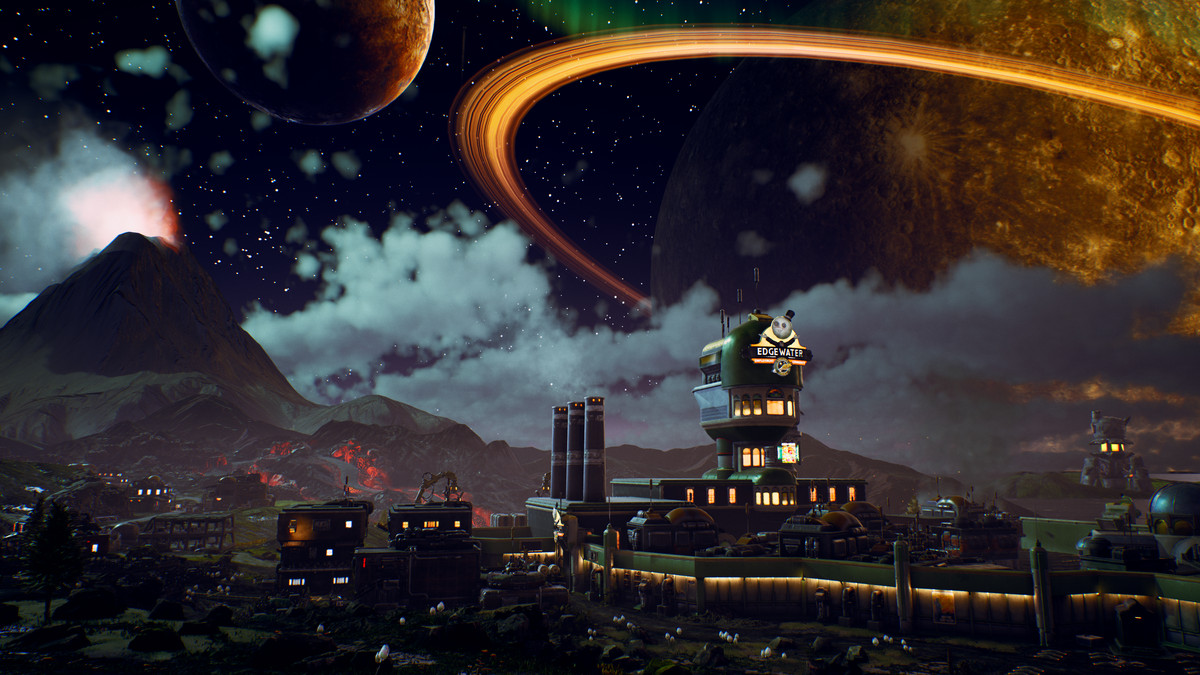 Get set to look up and go “woah”

Like typical Fallout: New Vegas fashion, every option you take has short- and long-term consequences. Character customization is almost limitless as well and it won’t make THAT much of a difference to the point of game-breaking yet it still helps make certain skill checks and gameplay easier so as to affirm your insecurities of whether the character you specifically tailored made a difference. 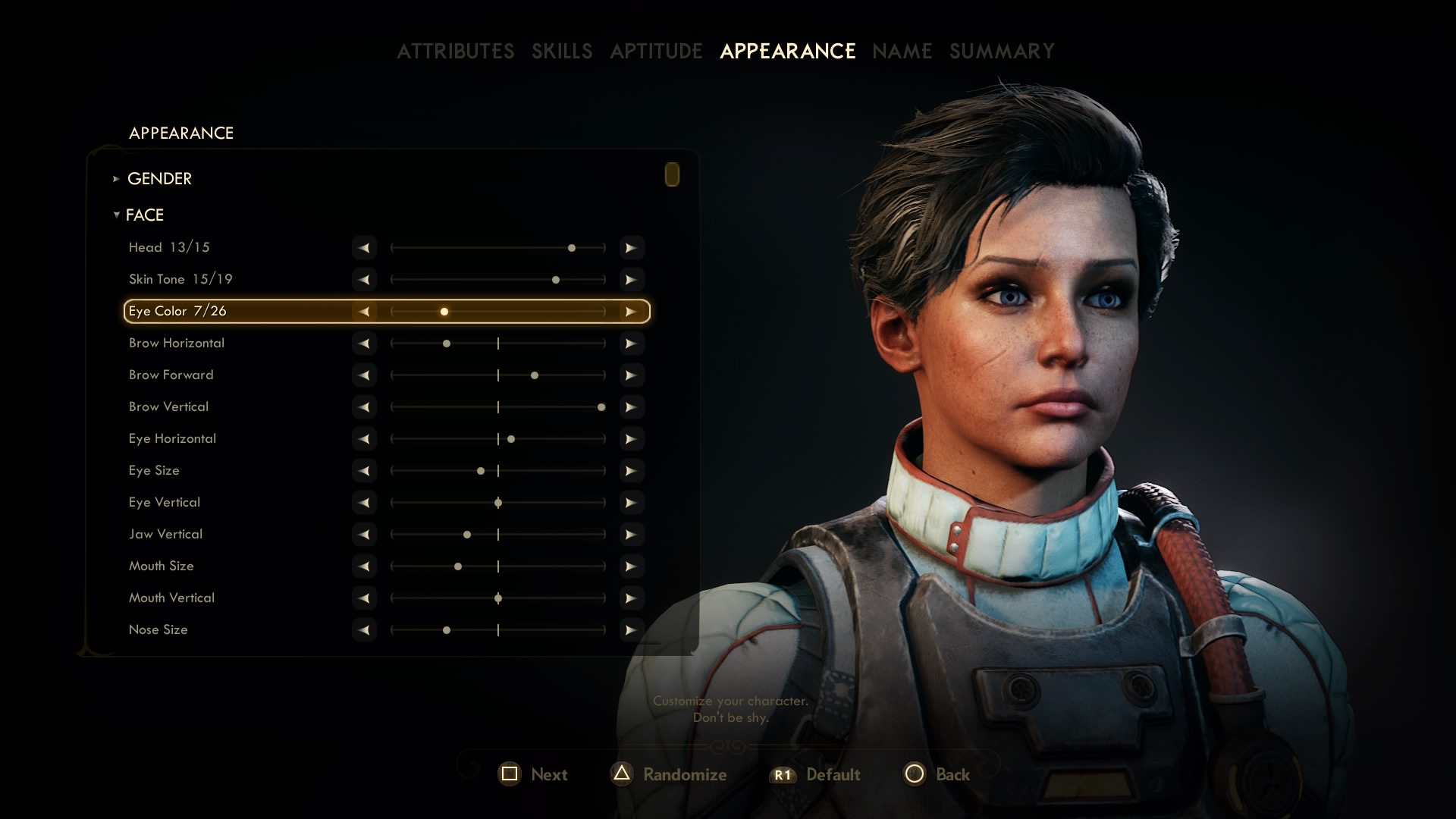 Just like how you don’t know what’s wrong with you in real life, you start with “Attributes”, which are your core stats and can’t be changed later on. They’re divided into three broad categories: body, mind, and personality. These influence your “Skills”.

Before you go into skills, you can choose an “Aptitude”, a relatively new addition to an RPG. You get to select a “vocation” (this term is used loosely here) that determines what jobs suit you, and your Skills go up (or down) accordingly. Thus far, everything mentioned above is permanent. 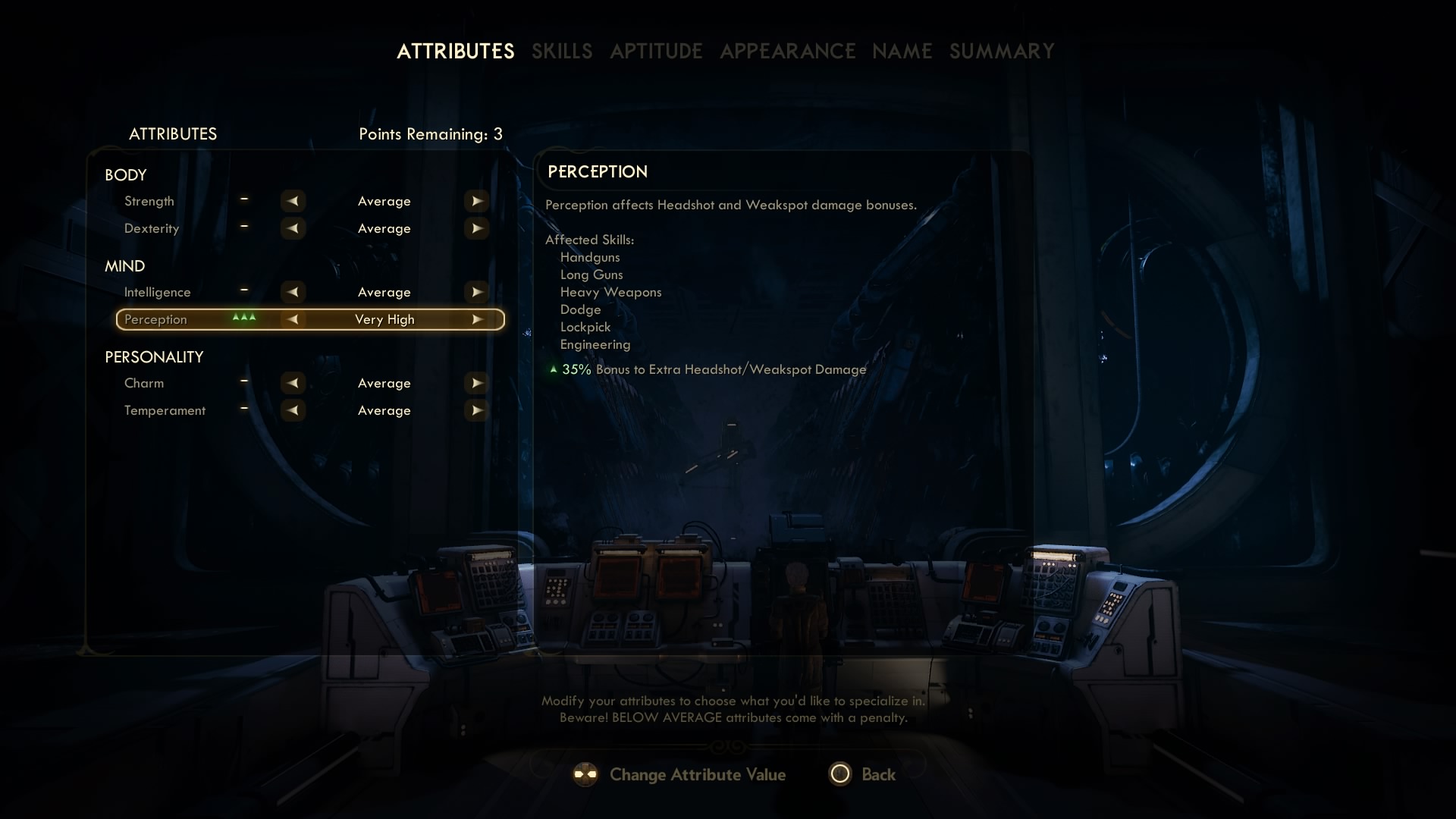 “Skills” are the stats that actually affect your gameplay. You have your “let’s settle this with violence” stats that empower your combat abilities, your “let’s talk these out stats”, which are your Persuasion and Lie skills (similar to what my ex successfully mastered), and your “let’s finish this before it even begins” stats such as Hack, Lockpick, Sneak, etc.

WE’RE NOT DONE. You finally have “Perks”, which empowers skills you can do (think of it like steroids on steroids), e.g. headshots cause more damage, you can carry more stuff in your backpack, etc.

I’ll let you explore the game, but perks and skills can be reset in the game. If anything, this goes to show how unique each character can be in every playthrough.

Bee tee dubs, there are Flaws too. They unlock when you find something wrong about yourself, like me every day. E.g. if you get hit by mechanicals too many times, you’ll get more damage from them moving forward. However, it isn’t that bad because 1. You can choose to accept a Flaw or not, and 2. Every Flaw accepted grants you 1 Perk point to unlock another Perk. 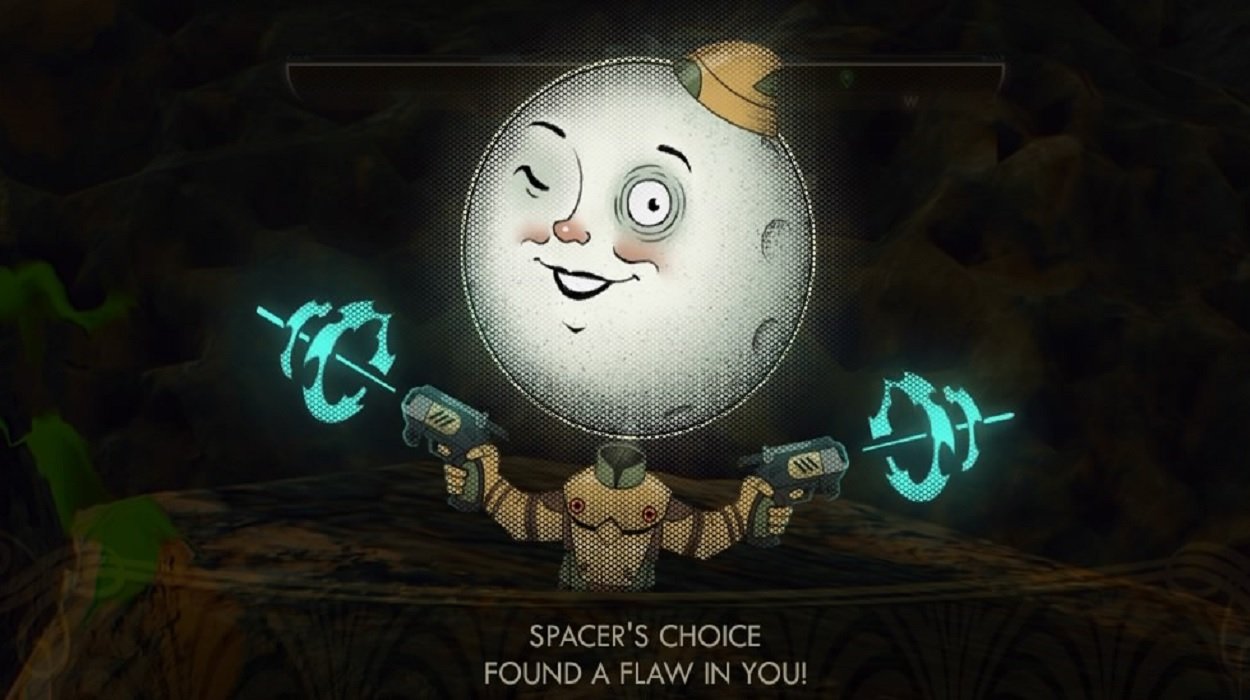 Fun fact, I accepted NO flaws. I couldn’t accept that about my perfectly made character.

Trust me on this – character creation takes a day – so strap in, create a character, and that’s pretty much Day 1 FINALLY – WE’RE ON TO GAMEPLAY.

“Geez is the game at least as detailed as the Character Creation?”

You land first in Edgewater, where the story develops and you’ll eventually need to choose to side one of 2 opposing factions. You either side with Capitalism without Morals (people are fed the lowest and cheapest grade of food, forced to work, and only the well-deserving workers get medical help) or the rebels (a group of upstarts who left Edgewater to start their own small encampment, feeding their small group well by stealing corpses from Edgewater’s cemeteries to use as fertilizer (wow this game took an amazing turn) Each town and “arc” revolves around the same type of dilemmas. There will be notes, memos, and evidence of what’s truly happening littered around town and the countryside – all spruced with some seriously grey moral issues where you decide what’s best to do.

Remember – violence is an option 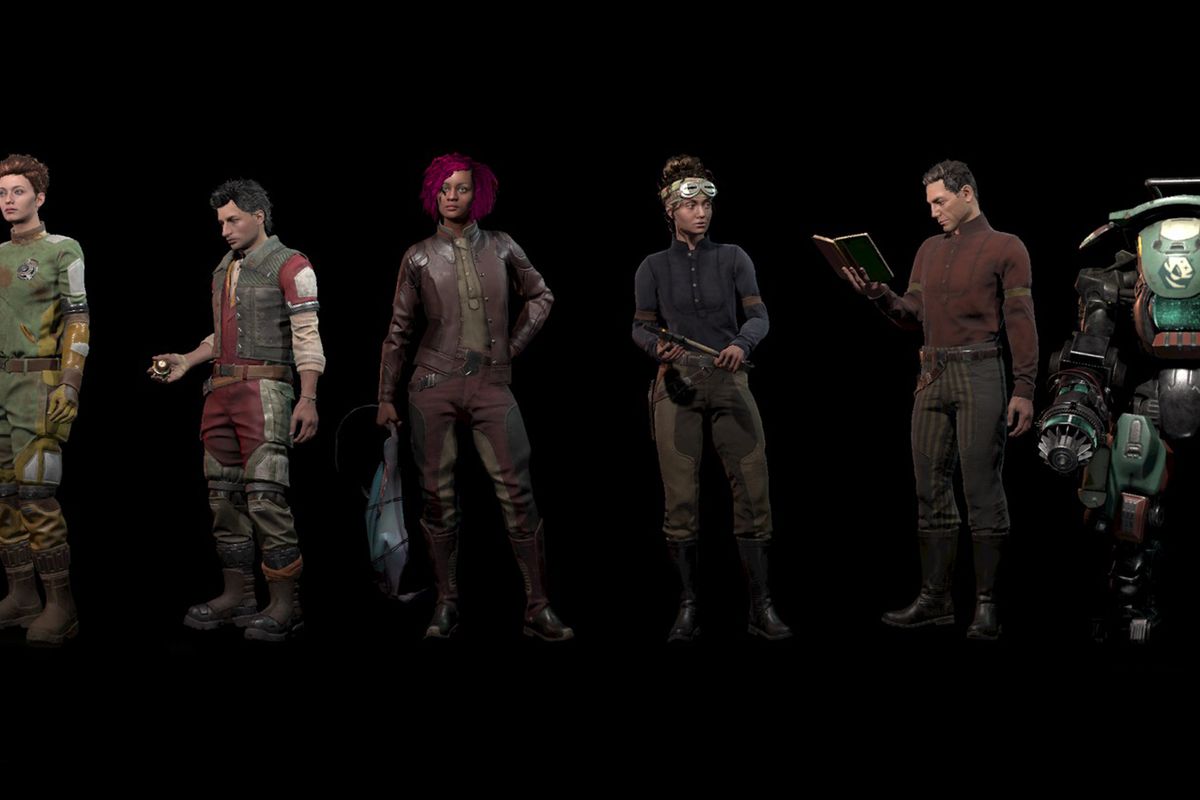 THE COMPANIONS ARE AMAZING AS WELL. They finally developed someone with character, not like the colleagues I work with. You can choose up to 6 companions and bring 2 people with you at any point (although there are perks that grant you bonuses while going solo if you’re that type of edgy kid).

Companions grant Skills bonuses and lend their hand in firepower when fighting isn’t avoidable. Most importantly, each has a unique personality that keeps the storytelling interesting (I’m looking at you, Lydia from Skyrim). You can also do “Companion Quests” to further develop their backstories. Last but certainly not least, the graphics for this game is amazing. It isn’t as wasteland-ish as the Fallout predecessors. Nay, it’s a stark contrast, with vivid colours in the maps and the skies above. I even personally know someone who just walked around looking at the skies without actually doing anything.

Maps are generally explorable with many goodies, but not to Skyrim’s extent where you can do side quests for days. But nobody’s complaining about that.

All in all, Outer Worlds is an amazing gem that you need to play right now