In case you’ve been living under a rock, Jurassic World is in theatres and is rocking box offices worldwide. It even beat the record known as ‘The Avengers’. If you’re like me and think you’re a hardcore fan after you watched that show (we’re not btw), you should know that now is the right time to jump onto the hype trains and experience some good old Dinosaur games!

It has been more than ten years since the start of the Jurassic park series, and with that comes plenty of games that have already cashed in on the franchise. As such, here are my top picks for the best Dinosaur-related games that I’ve played.

Ok I admit: I’m actually too young to have played any of the early Jurassic Park games. The good ones were during 1993-2001. Some were on the NES while others were on PCs. The one I managed to get my hands on was Jurassic Park: Operation Genesis. This game allowed you to build your very own Jurassic PARK (kinda funny how its the name of the franchise but you never really got around to building a park) and attract visitors. You basically managed a park and deal with situations like dinosaur breakouts, etc. This game also came out during the tycoon era: Rollar Coaster Tycoon, Prison Tycoon, Sim City, etc to name a few. So building a park made of dinosaurs definitely was a breathe of fresh life for the genre at that time. 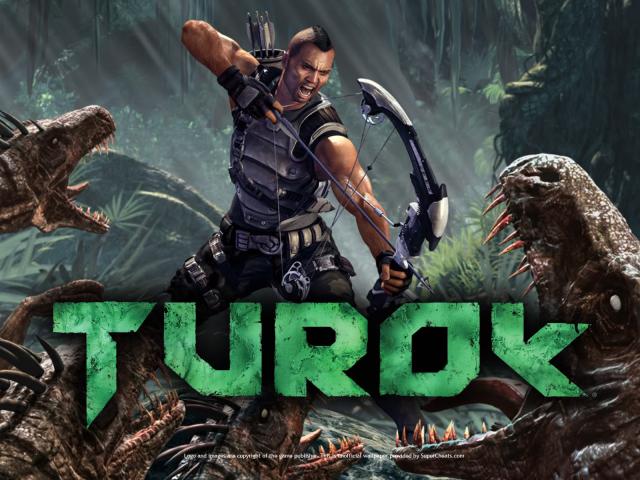 My first Turok game was actually on the Gameboy. I was actually pretty impressed with the senseless violence back then. Fast forward to 2008, where Turok for PC and Playstation came out. There was effectively no storyline, but the flexible gameplay mechanics and well-designed levels make Turok a good game to just let loose and kill things, especially when you’re stressed out and just wanna kill stuff.

This was the best survival map. Ever.This is a Warcraft 3 custom map, where you have to purchase a Warcraft 3 cd to play it. Basically, you’re stranded on an island for a few minutes (depending on your desired difficulty) and you need to survive until a helicopter comes to pick you up. During that time, you need to establish a base camp, build defences against dinosaurs and basically not die. As time progresses, the dinosaurs get stronger and you need to work with the players around you to help defend each other. It’s also interesting to note that some players would rather be alone as wipes occur often and this allows you to run to other bases. All in all, this was another 2000s game, especially when you’re taking a break from too much Warcraft 3 melee and DotA.

Monster Hunter was THE thing back in the army days. We could each bring a Playstation Portable (PSP) into camp and there was no limit of people psychically around you that you could party with.

Monster Hunter had dinosaurs in general, especially the big ones where it took forever for us to kill. Other than that, Monster Hunter was one of the best coop games I have ever played. The concept was the same as Guild Wars: Quest alone or quest with a team, of which you need to gather the team yourself. For a game when mobile app gaming still wasn’t THE thing, it was one of the best coop games out there back then.

Also, do sit tight as it is confirmed that some new dino games will be releasing soon based on the concept of 2015 Jurassic world movie. Even Jurassic world 2015 has already on Google play. This game has amazing features that any game lover will love to check out.