I’m a sucker for superhero games – You can catch it right here:

You know that I was totally in love with the Batman Arkham games – you can read all of it here. But a strong contender definitely has to be it’s Marvel counterpart – Spiderman.

Spiderman has seen its fair share of awesome games… and not so great games (I’m looking at you Movie Amazing Spiderman series). But let’s be real here – Marvel’s PS4 Spiderman is Spiderman’s best iteration in gaming right now.

So what’s so great about it?

Yes yes, it does make you feel like Spiderman 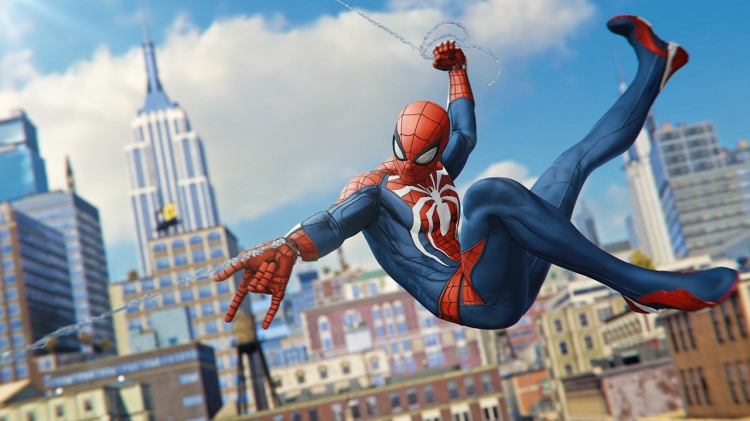 You probably heard the Dunkey meme, where this game makes you feel like Spiderman. Scoff at it if you will, but there really isn’t a better way to describe it. Spiderman games have come and gone, but this game’s web-swinging mechanics definitely take home the trophy of being the best web-swinging experience to date. And all you gotta do is hold down a single button so no need to mess up your fingers just to perfect that triple somersault.

There are also many ways of getting things done, be it go head to head with the baddies or silently taking them out one by one, or choosing to run on the road instead of web-swinging your way across town (but seriously, WHY would you consider that) really puts you in the shoes of your favourite web-crawler as you make the choices you believe he probably would.

Spiderman isn’t Spiderman without the action and combat. After all, action is his reward (and if you don’t get this reference, time to pack it up buddy). Spiderman introduced a very general levelling-up progression where you can unlock skills and gadgets for new ways to take down the baddies. But let’s face it – there really is only one super move and a few gadgets you’ll use as they’re OP enough. You get to fight on the ground and even in the air – a type of fighting style that isn’t common in all Spiderman games.

That being said, combat is super-fluid, yet not overpowered. There is some essence of difficulty when it comes to taking down the gangs one by one, but once you get the hang of it, it almost comes as a second nature to you. Spidey’s famous quips also pack that final realistic punch as you beat up the baddies while listening to his cheesy yet iconic nonsense.

“Why are you hitting yourself with my fist?” 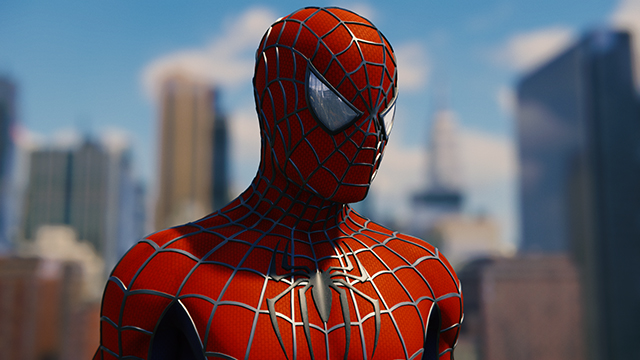 Did you know you can even get him to do his signature sidewalk finger gun pose?

I love this portion in every superhero game – the costume references.

Each costume in all the Spiderman games has a story to tell and isn’t just a color palette change. The best part of it is that you get to even play in costumes from movie references ESPECIALLY the Sam Raimi Spiderman (the only Spiderman with a trilogy at the time of writing).

For me, I played the whole game in the classic Red and Blue suit. It’s a Spiderman game. I’m not going against who he really is.

So what are you waiting for? If you haven’t played the game yet, it’s high time you go get it here. You already played it, well, time to play it AGAIN.